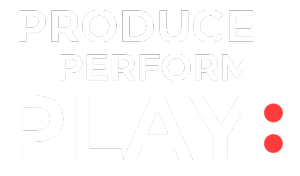 The National Academy of Music (NAM) offers nationally accredited qualifications and music industry pathways for aspiring musicians and music professionals. NAM students are taught by industry experts who have collectively performed with some of the world’s best music acts, produced and recorded award-winning albums, managed some of Australia’s best-known events and created editorial and creative content for some of the world’s leading media outlets.

If you are seeking to develop your talent and your music knowledge, explore the unique learning environment at NAM.

NAM is the brainchild of a collective of highly successful, industry acclaimed professionals including: musicians, producers, managers and educators (See Our People).

Their vision is a dynamic and independent academy model delivered differently: to offer the highest quality learning experiences for all NAM students.

The NAM learning environment is inspirational and uniquely creative. We offer our students a sense of belonging and the opportunity to express yourself through your music. We also provide a range of value added elements to our student experience, including mentoring support.

NAM’s direct links with two of the most supportive Australian Councils for the creative arts: Onkaparinga and Playford, allows us to collaborate on a large number of projects each year. These projects foster employment and performance opportunities for our graduates.

A NAM graduate is industry ready.

1. WorkReady General Eligibility:
To be eligible for SA Government subsidises you must:
2. To access JobTrainer concession you must:
Meet the above eligibility criteria as well as one of the following:
3. Tuition fee if Applicant has limited or no eligibility:
Where a student does not meet the general WorkReady subsidy, nor Job Trainer eligibility, no student subsidy is available. The Program Fee (without subsidy available) is:

If the Applicant is eligible for the general WorkReady subsidy, but does not meet the Job Trainer eligibility criteria, the Subsidised Student Fee is $6,020 (Program Fee).

For additional information and to check your eligibility, please contact us on 1300 859 880 or email send us an email.

JobTrainer is an $88 million investment by the Australian and South Australian Governments in skills and training to support young people, school leavers and job seekers into work as the economy begins to recover and grow.  What it does: JobTrainer provides low-cost access to subsidised training for eligible South Australians.

For more information about JobTrainer you can contact us on 8424 2329. Alternately you can contact the Department of Innovation and Skills on 1800 673 093 or visit https://www.skills.sa.gov.au/

Upskilling in the Music Industry 2

This subject advances the student’s knowledge and skills in the methods of audio production through music technology for the studio application, where students will upskill their studio mixing skills for delivering and recording modern music production.

This subject advances the student’s skills in live mixing and music production.

This subject topic builds on the students developed knowledge and application in song writing and arrangement, sufficient to be operating at a skilled level.

Upskilling in the Music Industry 1

This subject advances the student’s understanding of the music business foundations, music industry sectors and the accepted industry protocols, including workplace safety.

This subject advances the student’s understanding and application of selected music technologies and key concepts related to audio production for live performance applications. Students will advance their ability for developing skills in live mixing and music production.

This subject topic advances the student’s knowledge and skills in song writing and arrangement, by way of developing the student’s composition skills, melody chords and lyric writing. 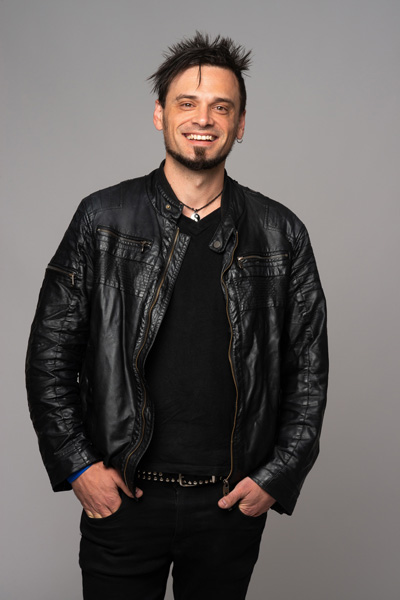 Affectionately known in the music industry as “Crafty” – a name he earned by being similar to what a handyman is to the building industry, Crafty brings a wealth of experience in performance alongside professional bands such as The Angels, Screaming Jets, Dave Gleeson and others.

Crafty has an industry reputation for developing young musicians, with a focus on performance, sound and wellness education. He is a multi-instrumentalist and has extensive experience in the recording studio, working with live sound and lighting operation.

This subject focuses on music technology and audio production for the live performance applications. Students will develop live mixing and music production skills, with a focus on “getting the show on the road”. 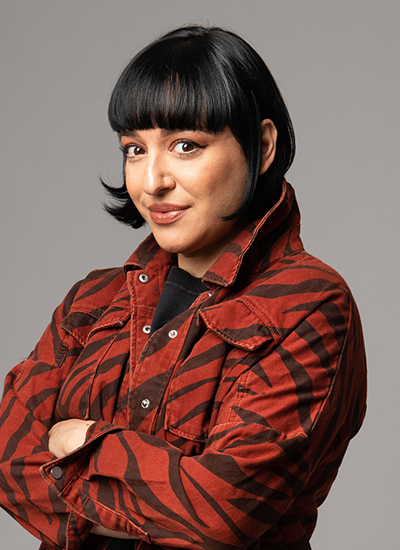 Adelaide native, Carla Lippis has recently returned to Oz after 4 years in London’s West End, where she worked as the principal singer at the historic Cafe de Paris, and as the host of notorious nightclub, The Box.

She featured in queer icon Jonny Woo’s All-Star Brexit Cabaret and her acclaimed Adelaide Cabaret Festival appearances include The 27 Club, Southern Belles, and her own Cast A Dark Shadow.

Carla’s own album releases include solo and collaborations in both Europe and Australia. Her vocal talents have been sought after by international touring acts around the world. Carla has performed in concerts with Calexico, Kiss, Mötley Crüe and Jon Spencer Blues Explosion to name a few. 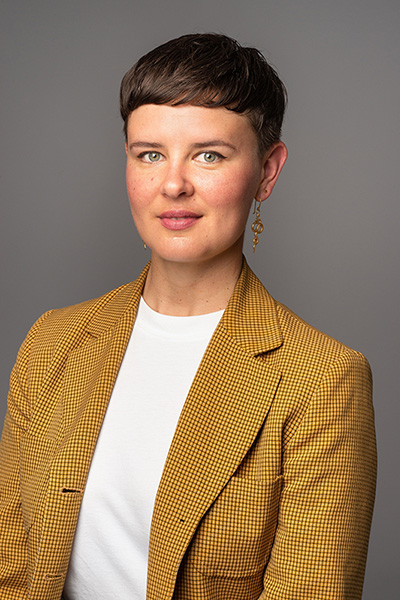 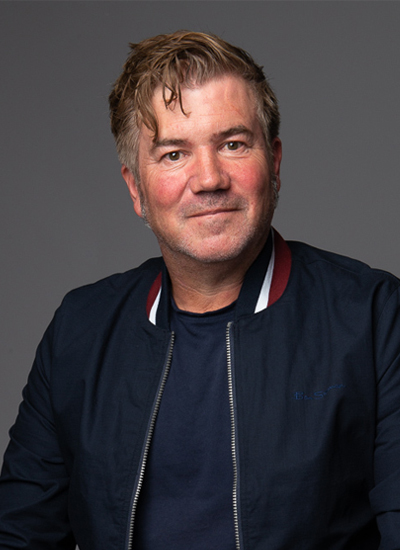 Christian (Chris) has over 20 years of international experience working in music and youth development. This includes touring and recording with various international artists and working with legendary producer, Steve Albini.

Music education, wellness and wellbeing are Chris’s great passions, equal only to his love of discovering new music and artists. Chris continues to work and perform locally and collaborate on recording projects abroad.

This subject builds on Music Production 1, but with a studio focus. It considers the different methods of audio production through music technology for the studio application, where students will develop studio mixing skills for delivering and recording modern music production.

From concept to implementation, students will be a part of managing all aspects of a music event. This coordinates learned elements from the Event Planning and Production subject with industry best practice for event promotion, performer and agent liaison and audience experience by way of a real music event. This subject is project based and offers students the opportunity to not only participate in actual creation and delivery of a music event, but also establish relationships with a broad range of industry professionals.

This subject topic introduces students to song writing and arrangement by way of developing the student’s composition skills, melody chords and lyric writing.

This subject introduces students to a selection of music technologies and key concepts related to audio production for live performance applications. Students will learn the process for developing skills in live mixing and music production.

Introduction to the Music Industry 1

This subject introduces students to the music business foundations, music industry sectors and the accepted industry protocols including workplace safety.

This subject topic builds on the students introduction to song writing and arrangement in further developing the student’s composition skills, melody chords and lyric writing.

This subject build on the students introduction to music technologies and key concepts related to audio production for live performance applications. Students will seek to develop the primary skills in live mixing and music production. 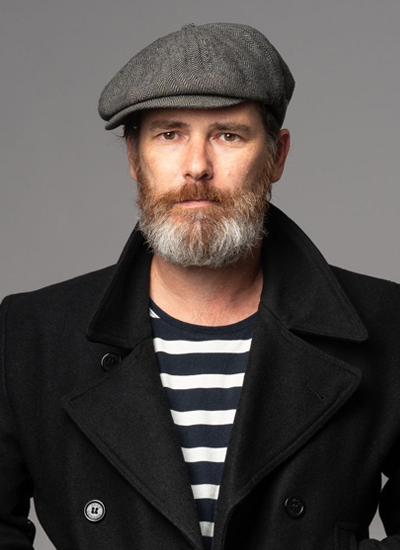 Travis is retired Drummer for international and multi-platinum award winning band, The Living End. He has worked alongside hundreds of Australian and international music acts such as Green Day, AC DC and Red Hot Chilli Peppers to name a few.

In the studio, Travis has worked in Australia and internationally on over 200 albums as a session drummer and sound technician.

Introduction to the Music Industry 2

This subject introduces the methods of audio production through music technology for the studio application, where students will learn the fundamental studio mixing skills for delivering and recording modern music production.

Topics delivered in this subject prepare students for commercialising their talents for a career in the music industry. Students will learn the critical success factors in how to navigate the music industry in order to achieve their music goals. This will include an understanding of music business foundations, music industry sectors and the accepted industry protocols.

The Elite Mind topics are unique to the National Academy of Music and introduce students to powerful methods for exploring their innate creativity and fostering their ability to express them. Topics include models of self discovery and communication mastery.

This subject builds on Elite Mind 1 and introduce students to the essence of personal success being based on personal leadership. Students will learn to develop individually in working towards their own set of systems and routines that become very simple for them to achieve high performance outcomes and how to effectively manage the progress of success.

The introductory categories delivered in Industry Development 1 are expanded in Industry Development 2. Topics cascade down into more specialised areas that include: band leadership and management, music business, planning and entrepreneurship, as well as the systems and knowledge that participants in the industry should understand and apply in order to protect their work and earnings potential.

Commencing with the event concept, students will gain an understanding of all elements needed to plan a successful music event, culminating in a detailed project plan. Working in small teams, each student will develop the strengths necessary to plan, coordinate and deliver a successful music event. Included in the topics delivered are the technical, logistical, operational and commercial elements to bring such an event to life. 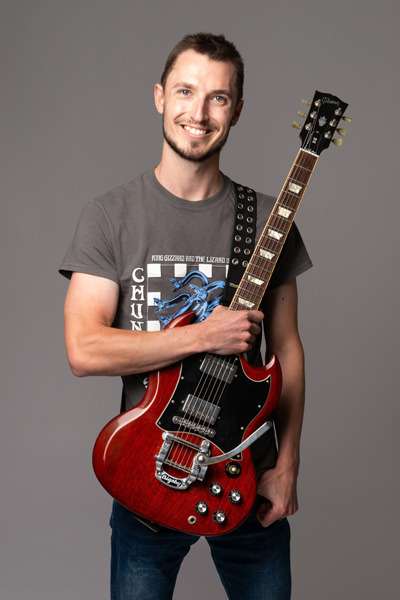 Sam Perry is a professional musician, audio engineer, and educator.

He began publicly performing in different venues around Yorke Peninsula and Adelaide from age 15 and has performed with local acts including: Slick Arnold, Sincerely Grizzly, Druid Fluids, and Siamese.

Sam is a Trainer and Program Support Officer at the National Academy of Music. 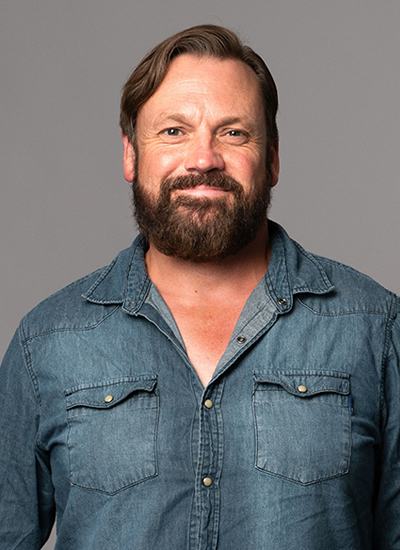 Tristen is a songwriter, multi-instrumentalist and producer. His work in the recording studio is extensive with production and recording credits including: Jon Toogood, Leah Senior, Krista Polvere, Popboomerang Records, Van Walker and Victoria Vox with regular air time on various radio stations around the country.

In addition to his writing and production work, Tristen tours throughout Australia and the US.

Tristen is mentored by ARIA winning Producer Govinda Doyle and has a close affiliation with Infrasonic Mastering in the USA. 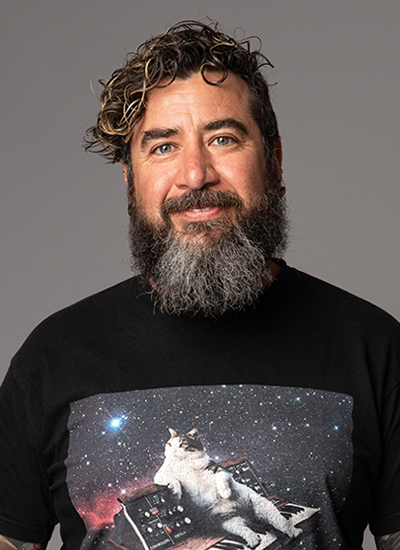 Producer, DJ and educator, Johann (Yoh) relocated to Australia over a decade ago to continue his career in Oz. His springboard into education development & delivery (VET and HE) began post his Bachelor in Audio Production & Masters of Creative Industries. 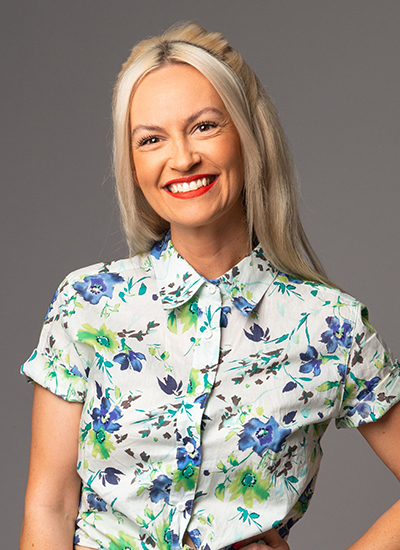 Holly Ball (“Cookie Baker”) is the 2020 SA Music Award Nominee (People’s Choice – Country).  Her knowledge and experience in contemporary folk and country songwriting, as well as a sought after vocalist has seen her lock in with many great Australian artists including Augie March, Kate Miller-Heidke, Ben Lee, Angie Hart (Frente!), Mick Thomas (Weddings, Parties, Anything), Little Birdy and The Audreys.

Extensive touring, primarily across Australia and the USA allows Cookie to pass on her approach for success with the many young artists that she mentors, with a special focus on songwriting.